For close to a century, the location of a hotel was largely dependent on its proximity to a train station. At the end of the 19th century, only Magog House (1836-1978 approx.) on Commercial Street (present-day Rue Dufferin) was over a kilometre from the station on Rue du Dépôt. Up until the early 1960s, the hotel offered a coach service to its customers to make up for its geographical disadvantage. The geographical trend was still evident decades later. Indeed, 10 of the 13 hotels that were operational in Sherbrooke in 1920 were within a 550-metre radius from the downtown station and only two—Hôtel Union (1905-1976 approx.) and Royal Hotel (1910-1979)—were located beside the station, on Rue Minto. 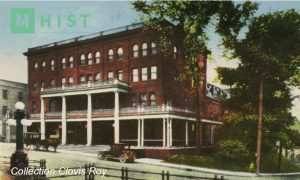 For the most part, these hotels welcomed transit passengers, businessmen, tourists and temporary workers. In order to cater to both tourists and residents of the Sherbrooke region, several hotels diversified their business beyond simply renting rooms. For several decades, the reception hall in New Sherbrooke Hotel (1859-1972) was a prime location for wedding celebrations and banquets. 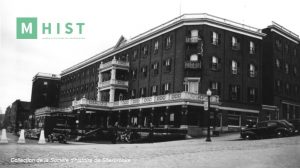 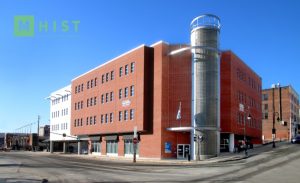 Grand Central Hotel (1881-1937 approx.) on the corners of Rue Wellington Nord and Rue Meadow prided itself on offering its clients a high-quality gourmet menu. 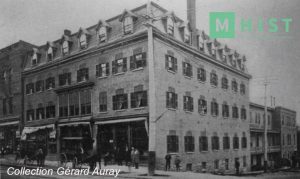 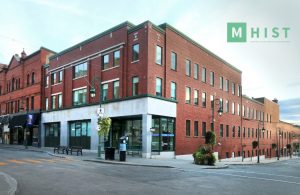 Similarly, Hôtel Continental (1872-1943) promoted its tavern, which became a beer garden during the 1930s and the first to serve women… The hotel’s restaurant attracted both Sherbrooke residents and tourists. Certain hotels also became dens of political partisanship at certain times, with both Magog House and Hôtel Continental opening their doors to conservative party activities while Grand Central Hotel welcomed liberals.

The history of the Sherbrooke hotel industry is punctuated with a series of ownership and name changes at several locations. For example, for approximately 90 years, the hotel that stood opposite the Rue du Dépôt station bore no fewer than eight names, including Railway Hotel, Hôtel des voyageurs, and New Windsor, which closed in 1963. Several other hotels were forced to close their doors following major fires, including Grand Central Hotel (1937), Château Frontenac (1964) and New Sherbrooke Hotel (1972). That said, changes in the way that people travelled also affected the hotel industry. Following the relocation of commercial zones, the slowdown and eventual stoppage of passenger rail transportation and the development of the highway network, downtown hotels became much less popular as of the 1970s. From then on, an increasing number of hotels were built close to highways.