While women obtained the right to vote across Canada as of 1916 (Manitoba), twenty years later, Quebec women were still holding out hope of a change that would end provincial political inequality. At the beginning of the 20th century in Quebec, feminist demands were structured around charitable organizations. Upper-middle-class Anglophone women tended to mobilize within these groups and laid the foundations of an ideological movement. Their primary concern was the public space and the role that women played in it. In addition to the right to vote, they aspired to specialized employment, higher education and equal rights. Francophone women timidly joined the cause since they found it challenging to reconcile their religion with their national aspirations and claims. At the time, the Catholic clergy viewed these claims as something that would divert women from their role of wife and mother. Therefore, the suffragette movement was centred around two large associations; the Comité provincial pour le suffrage féminin [Provincial Committee for Women’s Suffrage], founded by Thérèse Casgrain and Marie Gérin-Lajoie in 1922, which later became the Ligue des droits de la femme [League for Women’s Rights], and the Alliance canadienne pour le vote des femmes au Québec [Canadian Alliance for Women’s Vote in Quebec], founded by Idola Saint-Jean in 1927. These women worked tirelessly on the political stage for decades to obtain the right to vote for women.

The battle was waged in various ways. Each year, women gathered on Parliament Hill to assert their rights. However, their demands were constantly refused by the political system, which was rooted in religion and tradition. At the end of the 1920s, Premier Taschereau, anxious to appease feminists, set up a commission of inquiry into women’s rights. Though the demands presented were conservative yet hopeful, the commission brought about little change and the civil code remained intact “for the sake of social order.” However, in 1938, Thérèse Casgrain, wife of the Speaker of the House of Commons, and Vice President of the Liberal Women’s Club of Canada, registered 40 women delegates for the Quebec Liberal Party convention. Together, they succeeded in getting women’s suffrage included in the party’s platform. The following year, when an election was called, Adélard Godbout promised women’s suffrage and kept his promise after he was elected. In April 1940, the hard work of Quebec suffragettes paid off when Godbout introduced Bill 18. 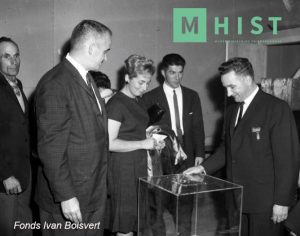 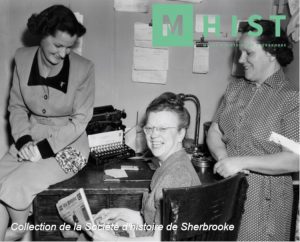