In 2019, the Musée d’histoire de Sherbrooke acquired new archives that enhanced the Echenberg family collection. The Echenbergs are a Jewish family of Ukrainian origin who were active both economically and socially in Sherbrooke during the first half of the 20th century. Moses Echenberg, the family’s patriarch, was the first to leave his native region of Ostropol. He arrived in Canada in 1886 and was followed by his fiancée Leah Smith a year later. In 1893, the young couple settled in Sherbrooke, where they paved the way for several other Jewish families who took up residence in the Queen of the Eastern Townships.

The Echenberg family collection primarily contains photographs, postcards and textual documents from this branch of the family who were the first immigrants from Ostropol. In addition to photographs and documents relating to the family’s commercial legacy and meetings at the synagogue on Rue Montréal in Sherbrooke, the collection includes impressive photographs taken during the First World War and documents belonging to Rebecca, who served as a nurse at the time. These documents are very precious. They are in such good condition that they give us a glimpse into the activities of a young woman living in the 20th century and serving in a global war, and they also highlight daily life in the Brighton camp.

Though the photographs are very well preserved, Rebecca’s diary is the jewel in this collection. Becky documented her thoughts and details of her exhausting days spent tending the sick and injured. She described her transatlantic voyage and her days spent at Brindley Heath Hospital in Cannock Chase, UK. Becky Echenberg’s diary is a wealth of information on the daily lives of nurses stationed in the UK during the First World War and it gives us an insight into the thoughts and interests of a 25-year-old woman whose time in the UK was also punctuated by many picnics, short trips to Brighton and London, letters exchanged with her parents and friends, and several friendships with nurses, nuns and soldiers from around the world.

Rebecca Echenberg’s role in the Great War of 1914-1918 is fascinating and her life should be as well known as those of other women in the Echenberg family. This family truly left its mark on the history of Sherbrooke through decades of fascinating life stories. Their story began with Leah Smith who, fleeing a wave of pogroms and persecution in Eastern Europe, left Ostropol for Sherbrooke, and the legacy continued with Ruth Echenberg Tannenbaum, who was awarded a certificate of bravery in 1939, was an involved student at Bishops and McGill, and later became a social worker. 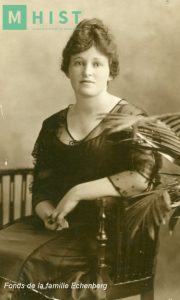 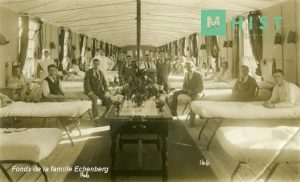 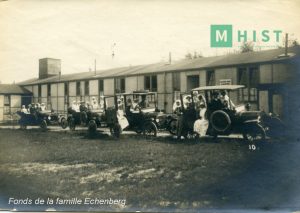 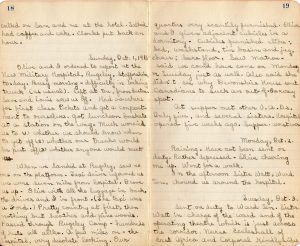